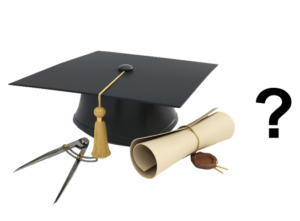 (Detailed explanation based on extracts from the book Cesar Manrique, Territorial Acupuncture in Lanzarote ):

Contrary to frequent statements in written publications and websites, César Manrique was not an architect. The artist never had the official title of architect, and as such he did not have the legal capacity to sign the realization of an architectural project. For this reason, the Art Centres involved various architects who would allow the administrative processing of the same, but they are still commonly recognized as the Art Centres of César Manrique. The official associations of architects always had a certain reticence about this situation, given that one of their functions is to guard against professional intrusion, and in this sense César Manrique seemed to set a problematic precedent. In fact, when we go into the existing bibliography on César Manrique’s work, together with the chapters referring to his pictorial and sculptural production, it is frequent that the authors refer to his “spatial production” or “ecological art”, eluding the term architecture.

However, the meaning of the term architecture according to the dictionary does allow us to refer to Manrique’s spatial production as such. This is where the confusion comes from:  César Manrique was not an architect with the academic preparation or legal recognition to practice as such, but his Art Centers can be referred as architecture. This seems to be the reason why César Manrique has been called -inappropriately- architect by the press and the general public, with the consequent uneasiness of qualified architects and the bodies in charge of watching over their rights.

On the other hand, it is necessary to consider the specific circumstances in which the artist began to develop his architectural work. Manrique returned to Lanzarote with a recognized prestige as an artist. With his successes in Madrid and New York, the artist had reached a situation that was to exceed the dreams of many of his fellow countrymen. For this reason, the people of Lanzarote did not hesitate to turn to him when they needed artistic advice, and this included improvised interventions in their small buildings – in a context of local shortage of qualified architects. But this was a slow progression, the result of the reputation gained from a job well done and within a context with a lack of qualified architects, which had nothing to do with an intrusion within a saturated professional context.

Nor should we forget that this situation was not unusual at the time. Seen with today’s standards, we may find it difficult to imagine developing architecture without a recognized degree that guarantees the quality of the works. However, this situation is relatively recent: in Spain, compulsory membership of the national association began in 1930. Traditionally, architecture was a profession that was directly transmitted in professional practice through a gradual process of increasing responsibilities. If we consider the great names of architecture of the last century, we find few traces of official qualifications or recognized studies. For example, among the most cited names in architecture of that time, neither Le Corbusier nor Mies Van der Rohe studied architecture academically. Frank Lloyd Wright was the only one to have begun specialized studies -in the field of engineering-, which he nevertheless abandoned a few months later, in order to continue with the practical development of the profession. Even today, colleges of architects or equivalent bodies in various parts of the world often leave open a parallel path to the profession, which consists of a prestigious practical career. In this case we even find architects with important distinctions – as for example Tadao Ando, a self-taught architect who would win the prestigious Pritzker Prize in 1995.

César Manrique never claimed the title of architect. On the contrary, on numerous occasions he attacked this figure, who he often considered to be an accomplice, a mediator of the real estate massification and the banality of the construction against which he fought. In the official documents of the works in which he participated, Manrique generally appears as an “artistic director” (a somewhat ambiguous name in the field of architecture, being a more common term in fields such as object design, in the cinema or in the world of show business).

In spite of all this, the figure of Manrique awakens interest in our days among a good number of architects, confirmed by the unpublished testimonies of prestigious contemporary architects such as Alvaro Siza, Jacques Herzog, Frei Otto or Fernando Menis, included in the sources of the book Cesar Manrique, Territorial Acupuncture in Lanzarote .